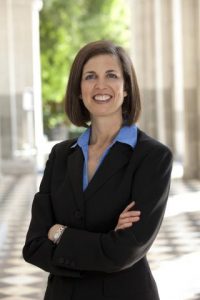 Modesto, CA — Current Modesto Assemblymember for the 12th District, and former Tuolumne and Calaveras County Representative, Kristin Olsen speaks out in support of a court ruling she says upholds the right to self-defense.

The court ruling involved the San Diego Sheriff’s Department who denied an independent journalist a concealed-carry permit because he could not show “good cause.” It was argued that restricting permits impeded the Second Amendment’s right to bear arms, because state law also prohibits the open carrying of firearms in most circumstances. In her newly submitted blog Assemblymember Olsen says, “Anybody who believes in the plain meaning of the U.S. Constitution should applaud this ruling.” The sheriff has decided not to appeal the San Francisco-based Ninth Circuit Court of Appeals ruling.

Olsen goes on to point out, “The court’s ruling does not change existing laws that prohibit felons and the mentally ill from owning or carrying guns. California will continue to have some of the toughest gun control laws in the nation. But what the ruling does do is give people who have done nothing wrong an opportunity to better protect themselves and their families. Applicants will still need to pass a background check, pass a firearms safety course, and demonstrate good moral character before they receive a permit.”