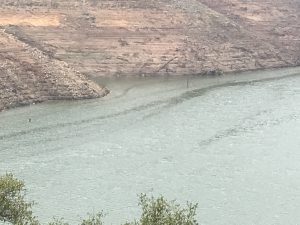 Sacramento, CA — California regulators consider October 1st to be the start of a new water year.

It is the time when more precipitation traditionally starts to arrive following the parched summer months. The California Department of Water Resources reports that the just-concluded water year, beginning a year ago, was the second driest on record. In addition, October, June and July saw the warmest average statewide temperatures, ever.

The DWR is warning that many downstream customers, who receive water through the State Water Project, should prepare for a first-ever zero-percent allocation from them due to the dry conditions. That could lead to cutbacks, and mandatory restrictions, this coming year for many municipalities and farmers who rely on the water.