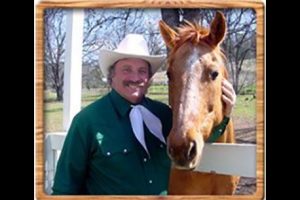 Tuolumne, CA – Known for his bright smile that lit up a room, his business acumen and his love of family, horses and being a Tuolumne County Sheriff’s Posse member, Al O’Brien sadly passed away Thursday at his Tuolumne home.

“I was shocked when I heard he passed, says Wivell. “He was a good friend, and I could depend on him. I will miss him.”

The sheriff’s posse oversees putting on the Mother Lode Round-up that includes a parade and a rodeo every year over the Mother’s Day weekend. Wivell recounted that he brought O’Brien into the posse in 2001, two years later in  2003, he was named General Chairman. He would hold that position twice, as he took the reins again in 2014 with his last year as chair in 2018. That same year,  O’Brien was given the honor of being named the Grand Marshal of the 61st Annual Mother Lode Round-Up. Standing tall in the saddle, O’Brien took great pride in being a posse member, remembers Wivell, “It was very important to him, to help and get it done right. He’ll be sorely missed by the posse and helping with the Roundup. It is a big loss for the community.”

After O’Brien stepped down, Archer became the General Chairman. He noted, “It was hard to fill somebody’s shoes like that. It’s very hard, so a lot of pressure on me. Any time I had a problem or issue he would give me advice and help make it happen.”

Also important to O’Brien was his work and family, with the latter always coming first. He owned several businesses most notably a chain of six Take n Bake Pizza locations and the Snowshoe Brewing Co. in Arnold. In 2001, he became the Marketing and Entertainment Manager for the Black Oak Casino Resort. A position he held for 15 years.

“He touched a lot of people’s lives doing that job he had out there are Black Oak,” reminisces Archer.

Wivell added, “Al was a hard worker, a thoughtful person and he always tried to think things through and then follow through with them.”

O’Brien was 74 and while no cause of death has been released, he had battled cancer for many years. He is survived by his wife Kelli and two daughters Molly and Paige.

With a sorrowful voice, Archer shared, “He touched a lot of people in a lot of good ways. That’s going to be missed. We’re going to miss him. I miss him a lot already.”

A Celebration of Life is being planned for July 24 at the Mother Lode Fairgrounds.