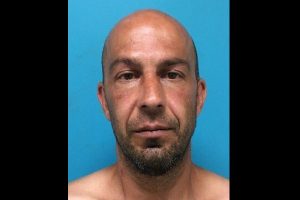 Sonora, CA – While investigating an apparent argument, a Sonora man allegedly threatened the life of a deputy and even take another’s taser while resisting arrest.

Tuolumne County Sheriff’s officials report that deputies responded recently to a residence on Gopher Drive in the Gibbs Ranch area of Sonora for a dispute. During witness questioning, one of the involved subjects, 42-year-old Jason Akers, began threatening to physically harm and “kill” a deputy, detailed sheriff’s spokesperson Nicco Sandelin.

Akers also began physically and verbally obstructing the investigation, disclosed Sandelin, even as deputies made several attempts to calm him. When deputies tried to handcuff Akers, Sandelin says he attempted to take a taser from a deputy’s duty belt. After a short struggle, deputies were able to get control of Akers and put the cuffs on him. It is unclear what the dispute was about and how many people were involved in it.

Ackers was arrested for felony resisting arrest and place on a $20,000 bail. No other individuals there were taken into custody.