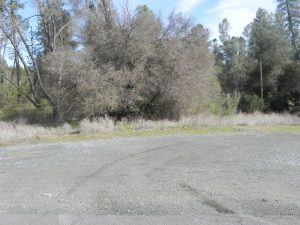 Columbia, CA — Tuolumne County Board of Supervisors unanimously decided to rescind their approval of changes to allow for an apartment complex to be built in Columbia.

The 80 unit complex would have spread over 5.3 acres at the northwest corner of the intersection of Union Hill Road and Parrotts Ferry Road. Last Wednesday the land owner, Golden State Holdings and Developer, RC Equities, submitted a letter to the county’s legal counsel asking that the Board rescind their approval. The letter stated that the lawsuit filed by Citizens for Responsible Growth was not worth the legal expense and called it “a waste of time and money.”

Columbia resident Richard Hart spoke in support of rescinding the approval, “It is a sad statement that it takes private citizens time, effort and money to right a grievous wrong. This should have never gotten this far. I would like to remind everyone that the Columbia planning commission, that has been decommissioned by [the board], voted against this project.” Hart began to say that some people think there was a financial incentive, implying that board members had a conflict of interest. Board Chair Randy Hanvelt told him that implication was out of line. In conclusion Hart said, “I hope in the future people’s opinions and the one remaining planning commission has enough fortitude and foresight to weigh the future consequences of these kinds of projects.”

The legal action by the Citizens for Responsible Growth challenged the County’s approval of the project under the California Environmental Quality Act (CEOA). The Board of Supervisors reversed their approval of the Conditional Use Permit, Design Review Permit, General Plan Amendment and zone change to build the apartments.