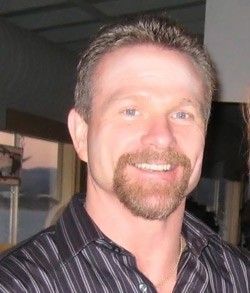 Sonora, CA — The T.U.D. Board of Directors postponed a vote on approving the official minutes from the October 22nd meeting where General Manager Pete Kampa was dismissed.

Some people in the audience at yesterday’s T.U.D. meeting, and Board Member Delbert Rotelli, indicated that the way the Board bought out Kampa’s contract is in violation of the Brown Act, which sets rules related to open government.

The meeting minutes of October 22, up for vote last night, stated the Board decided in closed session, 3-2, to buyout Kampa’s contract. A vote was then taken that night in open session, 3-1, with Rotelli absent.

It came out at yesterday’s meeting that the closed session finished at 9:30pm, and around that time, the building alarm unexpectedly started to go off. Four of the Board members, minus Rotelli, went out into an area of the parking lot and spoke. This is the location where Kampa’s contract was apparently bought out, with an official 3-1 vote. “We cannot have a public meeting out on the lawn, at nine o’clock at night, with no lights on,” argued Rotelli. Mikkelsen, who was the vote in opposition that day, stated that she could not remember many of the fine details about what was said in the parking lot, as it had been a very long and stressful meeting. She did point out that there was no gavel, and the group was not sitting down in a formal setting. Mikkelsen recommended that the Board put off approval of the minutes until the issue could be looked at further.

The second allegation related to the Brown Act is that Board President Mike Sarno stated on October 22 that they were “closing the regular meeting,” before doing Kampa’s performance evaluation. The argument is that Sarno legally should have stated the Board was closing the “public session.”

The Board voted unanimously not to approve the October 22nd meeting minutes until they could receive more input from legal counsel. Kampa’s buyout will result in him receiving a year’s worth of pay.