Knife Fight In Sonora Kids Park Ends With One Arrest 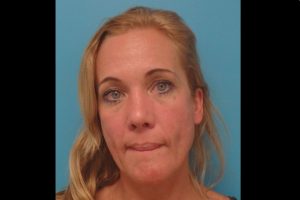 Sonora, CA – A verbal argument between two women at a Sonora kids park turned physical and then one brandished a knife.

Sonora Police report the incident happened on Sunday (May 30) just before 6:30 p.m. at the Heaven For Kids skate park on Greenley Road. Witnesses identified, 44-Year-old Jeannette Papineau of Torrance, as the suspect with the knife. The victim told officers that Papineau grabbed her by her hair and struck her in the head repeatedly. The victim says she fought back and Papineau let her go, to grab a knife from her vehicle.

Papineau allegedly moved aggressively toward the other woman waving the knife in front of her, while trying to slash the victim, who was able to call 911. Police detailed that Papineau had hidden the knife in her vehicle before officers arrived, but they found it.  She was subsequently arrested for battery and assault with a deadly weapon. What the two women were fighting about was not disclosed by police.

Of note, just last week a man and a juvenile male were stabbed in a parking lot near the same park, as reported here. No suspects have been arrested in that incident.