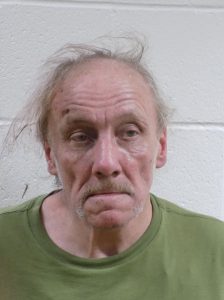 Pioneer, CA – A teacher and students looked out their classroom window at Pioneer Elementary School last week in Amador County and saw a frightening sight – a man carrying a shotgun behind the school.

The call came into sheriff’s dispatch just before 10 a.m. last Thursday from a school official reporting that the armed suspect was walking along the fence line of the campus, located in Pioneer. At the same time, the school went into lockdown.

A perimeter was set up around the school and deputies spread out combing the area for the suspect. Using the description provided by the witnesses, a records search was made that offered up a possible suspect, a nearby neighbor.

Deputies raced to that person’s residence and upon their arrival, 61-year-old Michael Daniel Wilson of Pioneer came out of the home in a “confrontational” manner, according to sheriff’s official, who added that he also refused to follow any commands. Wilson then suddenly ran back inside the house but exited it a few minutes later. That is when deputies subdued him, as he yelled and struggled while they handcuffed him.

Once inside the residence, deputies found the shotgun along with a handgun, both were loaded. Additional firearms were also discovered and about twenty-five grams of methamphetamine. Wilson admitted to being under the influence of illegal narcotics and alcohol.