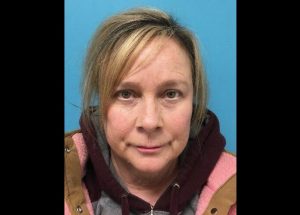 Tuolumne County, CA — A Tuolumne County resident traveled overseas to New Zealand in 2018 and asked a neighbor nearby to pick up the mail and start her car periodically.

51-year-old Jessica Corbin Lack stole over $100,000 in cash and other items over the roughly two-month period the victim was overseas.

Lack communicated with the 70-year-old woman several times during the trip. At one point she lied and claimed to have a family member in New Zealand who wanted to treat her to a spa in a town famous for thermal baths. Lack actually stole a charge card from the victim’s house to pay for it.

The victim returned home and found that her safe was broken into, jewelry was taken, and several other items were missing, like the charge card and cash.

Lack told the victim, and the Tuolumne County Sheriff’s Office, that she noticed nothing out of the ordinary taking place at the home.

During the trip, charges were also made on the stolen card at local businesses, and in Oakdale and Pleasanton. The latter is a community in which Lack visits often to help care for her mother. The sheriff’s office started acquiring surveillance images where the purchases were made and Lack showed up various times. She also purchased a Land Rover in Pleasanton for $6,000 cash with money that was taken from the victim’s safe.

The District Attorney’s Office adds, “Although the conduct resulted in great financial loss, only the charge of First-Degree Residential Burglary made Lack eligible for state prison. Recent changes in the law have made convictions for financial elder abuse and identity theft ineligible for state prison sentencing. Those crimes now only allow for incarceration in county jails through ‘local prison’ sentences or grants of felony probation. Moreover, the legislature eliminated conduct-based sentencing enhancements for large amounts of theft so Lack was not subject to any possible sentencing enhancement despite the victim’s loss of over $100,000.”