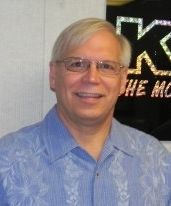 Sonora, CA — The T.U.D. Board of Directors approved a contract promoting Tom Scesa from District Engineer to General Manager.


All three Board members in attendance voted for Scesa; Board President Mike Sarno, Delbert Rotelli, and John Maciel. One board member was out of town, another had car troubles. Notably Rotelli voted against letting the previous General Manager, Pete Kampa, go. Scesa says, “I’ve known Delbert since before he was on the board. His decision with Pete Kampa was one thing, but his decision to move on and do what is next best for the district is different.”

Scesa says, “I am very happy that the board has confidence in me, and my abilities, and right now I am pretty happy.” He added, “It is a good day, I think, to try to make some changes here at the district and take care of our community.”

Scesa will leave his position as District Engineer. He noted that they were already looking at reorganizing the engineering department because Scesa had expressed interest in retiring in the spring. T.U.D. meeting documents show that the GM contract is for one year at $154,000. At the end of the year, the contract would automatically be extended by another year, unless the Board of Director’s notifies Scesa in writing by July 1st of 2014. The Board can end the contract at any time, without cause, but would be required to provide Scesa with three month’s pay.

Scesa was the Interim General Manager after Pete Kampa was let go. As per Kampa’s contract, he will be paid a year’s salary and health benefits.