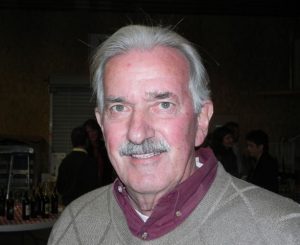 Sonora, CA — General Manager Pete Kampa who was let go by the Tuolumne Utilities District Board last night has already been replaced.

Board President Mike Sarno says, “We offered the position to Tom Scesa. He is the District Engineer for T.U.D. He has graciously accepted the position. We have to confirm it at our next meeting, but he is right now acting as General Manager.”

Sarno says Kampa’s departure is not something that was planned. He says the decision was literally made last night during the board’s closed session meeting to evaluate Kampa’s performance. Immediately afterwards the Board voted to end Kampa’s contract. Kampa says he was at work and learned from the media around 9:30 this morning that he had been let go.

“I would have expected that someone from this Board would have advised me last night or first thing this morning before I came in instead of by a reporter as I was in the middle of staff meetings,” says Kampa.

Sarno says it was a mistake Kampa found out that way, and T.U.D. immediately issued a press release. He says one of the board members leaked the information before he had a chance to talk to Kampa. The vote was 3-2 with Delbert Rotelli and Ruanne Mikkelsen opposed.

The three T.U.D. board members in favor were elected last November and have been openly critical of past T.U.D. decisions. A notable division with the past Board has been whether rate increases are necessary in the years ahead. Kampa joined T.U.D. in 2006.

Kampa’s accolades have included receiving the Tuolumne County Chamber of Commerce’s “Excellence in Government” award in 2010 and being named President of the California Special Districts Association.

Sarno says Kampa will be paid a year’s salary and health benefits.