Man Arrested For Kidnapping And Abuse In Jamestown 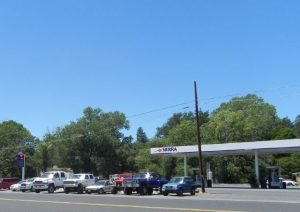 Jamestown, CA — Yesterday October 16th at about 6:30pm deputies were called to the Tesoro gas station (Whistle Stop) on Highway 108 due to a fight in the parking lot.

The physical fight involved Juan Valdez and an unnamed woman which he was found to be in a domestic relationship with.

The woman claimed Valdez had called her earlier in the day and threatened to harm a family member if she did not pick him up in Manteca. The woman picked up Valdez but said he threatened her life several times and restricted her movements, not allowing her to leave the car.

The woman also claimed Valdez forcibly took her debit card and hit her several times. They then drove to Jamestown, where they stopped at the gas station. The woman was able to alert employees who called 911 to report a dispute, but she declined medical attention.

Juan Valdez was booked into the Tuolumne County Jail for; Kidnapping, Terroristic Threats, Robbery, Violation of a Domestic Violence Protective Order, Battery and Violation of Probation