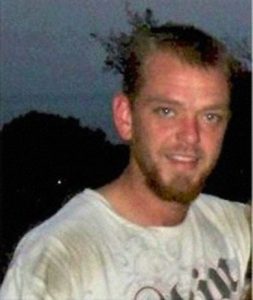 Stanislaus County, CA — Some hunters discovered human remains in a remote area of the Stanislaus National Forest and now police are asking for the public’s help to catch a possible killer. The hunters found the body on August 19 and now Stanislaus County Sheriff’s Detective suspect it could be that of a missing 26-year-old Turlock man.

“Due to evidence located at the scene, the body is believed to be that of Korey Kaufman who was reported missing in April of 2012,” says Stanislaus County Sheriff’s Sgt. Keith Rakoncza.

A DNA sample was taken from the body, but the results are not back from the lab so Rakoncza says they cannot positively identify the body. Also, he would not confirm if Kaufman was known to be in the forest at the time of his disappearance. The cause of death has been determined to be suspicious, but Rakoncza would not reveal the cause of death. The hunters who found the body are not suspects in the crime.

Detectives are asking for anyone with information regarding Kaufman’s disappearance to contact Detective Cory Brown of the Stanislaus County Sheriff’s Homicide Unit at 209-567-4485. You can also leave an anonymous tip by calling Crime Stoppers at (209) 521-4636. You can also e-mail tips at http://www.modestopolice.com/CrimeStoppers, or text them to CRIMES (274637) by typing “Tip704” plus the message and be eligible for a cash reward.