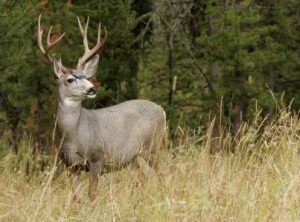 “For those of us living in rural California hunting and fishing are part of our heritage as well as a multi-million dollar industry for the state. People living in big cities may not understand how these activities are an integral part of our heritage and culture, or how much our local economies count on them for survival,” said Berryhill. “I don’t want us to be forgotten when the governor is deciding on these types of bills.”


The group of legislators gave these statistics to back their call for a veto. They say spending by sportsmen and sportswomen in California generated $488 million in state and local taxes in 2011, enough to support the average salaries of 6,870 firefighters. Hunters and anglers also support 56,388 jobs in California – that is over 13,000 more than the state’s largest employer.

“It isn’t the law abiding hunter and sportsman misusing firearms – that’s a fact. Year after year this Legislature passionately fights to protect the civil rights of numerous groups, including prison inmates, cyclists, abortion clinics, and the LGBT community, just to name a few. What about the civil rights of law-abiding sportsmen and hunters,” Berryhill concluded? “Clearly we are not afforded the same consideration.”

The bill would still allow lead bullets to be used at shooting ranges.
A programming note: Berryhill will be the guest on Mother Lode Views this weekend. We’ll talk about new laws and give his opinion on the Rim Fire.