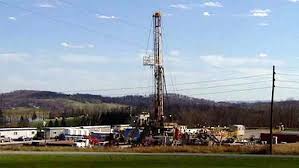 
The measure from Democratic Senator Fran Pavley of Agoura Hills requires drillers to disclose the chemicals they use and acquire permits before they use hydraulic fracturing. That process involves injecting water, sand and chemicals into deep rock formations to release oil or natural gas.
The AP says drilling companies have been exploring whether fracking could help them access oil in California’s Monterey Shale.

Brown said in his signing message Friday that SB4 establishes strong environmental protections. He also says he will seek further changes next year to clarify the new requirements. Click here for an earlier story on the bill.