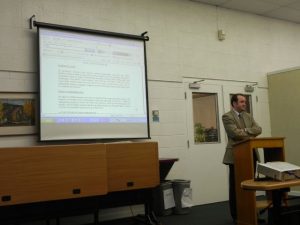 Sacramento, CA — The scores are out for standardized testing of California students and it shows a slight dip in the numbers. Nearly 5 million students from second to eleventh grade took the California Standardized Testing and Reporting (STAR) test. Students attain one of five levels of performance for each subject tested: advanced, proficient, basic, below basic, and far below basic.


The scores showed Tuolumne and Calaveras County students did well on science, but not as well in math as less than half scored at the proficient level or higher. The State Board of Education has set the “proficient” level as the goal for all students. The STAR test determines a student’s understanding of subjects and sets the standard for improvement.

“As you would expect for a school system in transition, results varied from grade to grade, subject to subject, and school to school, but the big picture is one of remarkable resilience despite the challenges,” Torlakson said.

The state is switching to a new curriculum called the Common Core State Standards in July of 2014. Click here for an earlier story on Common Core. Also, click here for the full report on how students throughout the state scored on the STAR test.