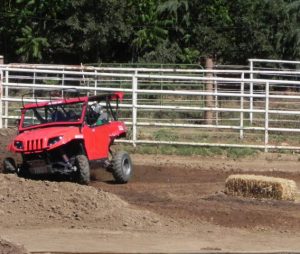 Sonora, CA — Fair Officials are still waiting for the final numbers from the State, but preliminary numbers show an increase in attendance and sales for the Mother Lode Fair. Last year 8,000 people paid to come to the fair and this year 9,500 came through the gates. Don Bean, this year’s new Mother Lode Fair General Manager says overall ticket sales went up 15%.

Bean says the biggest jump was in concessions, “They were up by $20,000 dollars. In 2012, we grossed $20,000 in food and beverages. This year we grossed $40,000. Really what we were trying to do this year was reposition the fair, by reducing the ticket and wristband prices. That worked out okay for us. So for a first year we think we were successful in branding the fair.”


Bean says in 2012, fair and grandstand tickets were a total of $13 dollars with ride wristbands $20. This year, entrance fees were a total of $7.50 with the bands costing $12.50. He believes that combined with popular music acts and monster truck and tractor pull brought more people to the fairgrounds.

“Overall the move of reducing the additional fees for going into the grandstands, people really liked that. They attended more of those events and that is a good reason why we did more in concessions. People were on the grounds longer, spent more money while they were there and that’s really what fairs are about. Ticket prices are never going to go up drastically. We’re going to need to keep them low, but I think we’re heading in the right direction,” says Bean.

Bean stresses there were also some things that didn’t work. He says out of the four grandstand shows one did not attract as many fair goers. He says that may mean more variety is needed. The final figures from the State should come in early next week and Bean will present them to the fair board sometime next week.