The Curtain Will Go Up 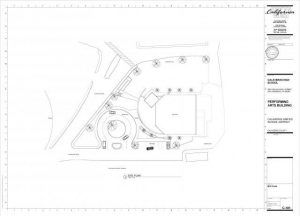 San Andreas, CA — Calaveras High School is making sure the show will go on. The Calaveras Unified School District approved a new design for a smaller preforming arts center this week. The vote was 4-1, with Trustee Gregory Gustafson opposed. The original plans called for a 500-seat theater at a price tag of $5.4 million.

Calaveras Unified Superintendent Mark Campbell says, “This will be 292-seats. It’s called a thrust stage. It’s where the stage itself will be thrust out into the audience. The audience will actually surround the stage on three sides.”

The future of the Calaveras High School project, which was promoted as part of the Measure A Bond measure approved in 2006, had been in question over recent months. In January, the board voted to kill the 500-seat project because they didn’t want to borrow money to complete the project. Campbell says this scaled down project will cost around $3.7 million which is what is left of the bond money so no borrowing will be needed.

“It’s a smaller facility, but honestly it better matches our needs than the larger facility that we had. We were just thinking very optimistically at that time. This is not only more realistic, but more applicable to what we need,” stressed Campbell.

Campbell says the next step will be to get the Department of State Architects to approve the plans and then the board will have final approval in October. If all goes well, he says they could be breaking ground in the summer of 2014 more than a decade after the voters approved a center to be built. The construction could take anywhere from a year to 18 months.