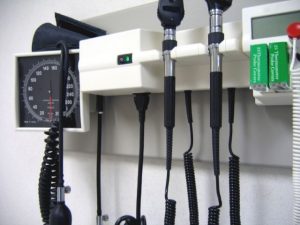 The $250,000 limit was passed in 1975. The group along with Consumer Attorneys of California, which represents trial lawyers, has called the Medical Injury Compensation Reform Act outdated. They argue that amount is not enough to cover the prolonged effects of doctor negligence or a botched procedure. They also say putting a cap on the amount discourages attorneys from taking on malpractice cases.

Robert Pack, who lost his seven year-old daughter and ten year-old son after they were run over by a driver under the influence of prescription drugs, says this measure will address the drug overdose and physician accountability issues of today.

Below are the measure changes to the law:

• Mandatory random drug and alcohol testing for physicians and mandatory physician drug and alcohol testing after reports of adverse events
• Mandatory use by physicians of the electronic CURES database, a searchable system that tracks prescriptions dispensed in California. This program was developed by Pack for the state of California
• Adjusting the $250,000 recovery cap to the rate of inflation for medical negligence victims
• Requiring doctors who witness substance abuse by physicians or medical negligence to report it, and protecting those physicians from lawsuits by other doctors when they do.