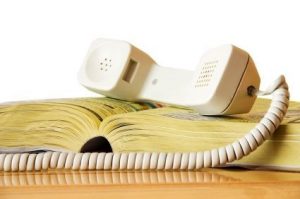 Sonora, CA — Identity theft and phishing scams could still be a problem locally. Unofficial reports of phone calls and official looking emails from AT&T seek to get information and then steal phone service and bank account funds.

Sonora Police Chief Mark Stinson says scams that seek out your cell phone, bank account or the last four social security numbers have been around for about four years.

Chief Stinson says that there were several reported cases in 2011 and the scam could be going around again. He noted that no reports have been filed with the Sonora police department recently. He did warn that scammers may call or send official looking emails offering an incentive to fill out an AT&T survey and then ask for personal information. They then use the information to charge up large bills or take money from a bank account.

He says, “If you have any suspicion at all, call AT&T to see if the offer is legitimate. Ninety percent of the time it is not and they will tell you that.” He also says never give out any bank account information on the phone or to websites that you aren’t familiar with.

Other scam information is in the article “Tips on how to recognize and avoid scams when buying or selling online” here.