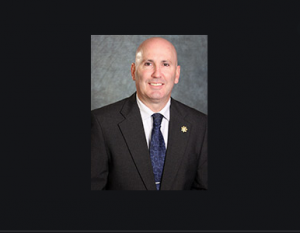 Patrick Eaton, 49, has been serving as Acting Warden since December of 2019 and prior to that was the Chief Deputy Warden beginning in 2018. He began his career at the prison in 2002, and has also served as a Correctional Administrator, Captain, Lieutenant and Sergeant. Prior to joining SCC he worked for a while at the Central California Women’s Facility and the Salinas Valley State Prison.

In announcing the appointment to be SCC Warden, Governor Newsom notes that Eaton is a Republican, will receive a salary of $162,024, and it takes effect immediately as the position does not require Senate confirmation.

The last SCC Warden was Hunter Anglea who became the Acting Warden in December of 2017 and was appointed Warden in August of 2018.