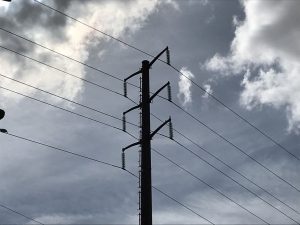 Sacramento, CA — Wildfires occurring in Northern California between 2017 and 2018 are the focus of a new lawsuit aimed at PG&E’s top executives.

The Associated Press reports that a trust representing 80,000 victims of wildfires ignited by the utility’s equipment is suing about two dozen former executives and board members. The trust argues that officials neglected their duty to ensure the infrastructure would not kill people.

The complaint follows a related $13.5-bililon settlement that the utility reached with wildfire victims. As part of the agreement, victims could still go after PG&E leadership for damages from 2017 and 2018. During that span, wildfires killed 100 people and destroyed 25,000 homes and businesses.

The trust is hoping to receive money, between $200-million to $400-million, that the utility has secured in liability insurance for the executives and board members.

PG&E earlier pleaded guilty to 84 felony counts of involuntary manslaughter for its equipment igniting the 2018 wildfire that destroyed the town of Paradise.