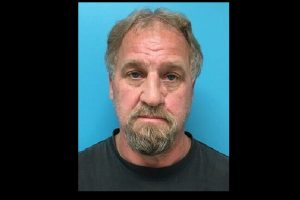 Deputies were called out to a home in Sierra Village, off Highway 108 and near Mi Wuk Village, last Friday evening. Upon their arrival, the deputy confronted a man, identified as 58-year-old Frederick Guthmiller of Mi Wuk Village, and a woman at the residence.

The female described what happened stating that they were arguing when Guthmiller allegedly struck her in the back of the head. Sheriff’s officials did not state what the two were arguing about of if he used his hands or an object to hit her. The victim claimed that he also threw her cell phone several times, causing the screen to shatter and destroying the phone.

At the conclusion of the deputy’s questioning, Guthmiller was taken into custody without incident for battery and vandalism. His bail was set at $15,000.