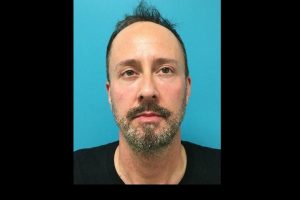 Sonora, CA – A Sonora man that met a woman on an online dating site is now accused of her rape, kidnapping, and trying to intimidate her not to speak to detectives.

The call came into Tuolumne County Sheriff’s dispatch last Thursday afternoon, reporting a potential sexual assault that had just occurred. Sheriff’s spokesperson Nicco Sandelin tells Clarke Broadcasting, “With the information provided by the reporting person, our office was able to locate the victim with GPS tracking.” She was in the Longeway Road area of Sonora.

When detectives contacted the 19-year-old woman, 45-year-old Chad Howard Vanhulzen of Sonora, was with her. During questioning, Sandelin says investigators learned that the victim and Vanhulzen had reportedly met on a dating website just a few days prior. However, he did not know the name of the site. Sandelin added that they had only “met in person for the first time the evening before the incident.”

Subsequently, Vanhulzen was arrested for several felony sex crimes, kidnapping, false imprisonment, and attempting to dissuade a victim from reporting. His bail was set at $150,000. Sandelin relayed that due to the ongoing nature of the investigation and “case sensitive details,” no further information can be released at this time.