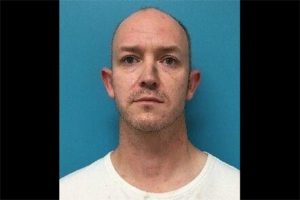 Sonora, CA – A nearly month-long child pornography investigation resulted in a Sonora man being arrested and others may follow.

The investigation was initiated by Tuolumne County Sheriff’s Detective after receiving a tip in mid-January by the Internet Crimes Against Children Task Force (ICAC). On its website, ICAC states that it is a “national network ​of 61 coordinated task forces representing over 4,500 federal, state, and local law enforcement and prosecutorial agencies. These agencies are continually engaged in proactive and reactive investigations and prosecutions of persons involved in child abuse and exploitation involving the Internet.”

On Monday morning, detectives raided a home on Crystal Falls Drive in Sonora. With a search warrant in hand, they discovered child pornography inside the home but did not clarify how much, where, or on what type of devices it was found. Additionally, no information was released as to whether the pornography involved local children or the ages of those pictured in the images.

Taken into custody was 37-year-old Tyler Hudson, a group home worker, for felony possession or control of matter depicting a minor engaging/simulating sexual activity. Sheriff’s officials tell Clarke Broadcasting that the case is still under investigation and no further details are available at this time.