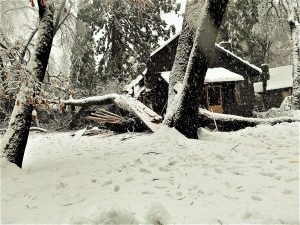 Yosemite, CA — After initially hoping to reopen this weekend, Yosemite National Park will stay closed until at least Monday, February 1.

As of yesterday afternoon, Yosemite Valley had received 18 inches of snow, and more was received overnight and throughout this morning.

Downed tree branches have caused damage to park buildings and vehicles. Thankfully there have been no injuries reported.

Since the state’s Stay At Home Order has been lifted, when the park reopens it will be 24/7.