Sonora Man Arrested For Assault With A Deadly Weapon 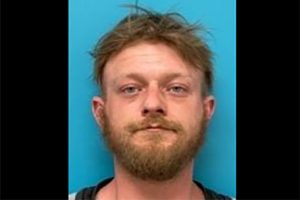 Sonora, CA – An argument between two neighbors landed a Sonora man behind bars for assault with a deadly weapon after he pulled out a gun.

A report of a man with a gun sent officers racing to the 100 block of Columbia Way in Sonora on Monday. When officers arrived at the scene around 5:30 p.m. the two men that had been arguing were still outside their residents.

The officers separated the men and began questioning 24-year-old Charles Halliday Jr. of Sonora and his neighbor, whose name was not released. They learned the two men were arguing when Halliday allegedly pulled out a handgun and pointed it at the other man’s face and threatened to shoot him. That caused the victim to become even angrier and he started to chase Halliday back towards his apartment, according to Sonora Police, who adds that Halliday then pointed the gun again and the victim responded by pushing Halliday down. At that point, Halliday allegedly made threats to shoot the victim’s son.

Police disclose that Halliday admitted to having a firearm during the incident but denied making any threats to shoot anyone stating that he carries the gun for protection against bears. Officers discovered the loaded gun in Halliday’s apartment. He was arrested without incident for assault with a deadly weapon using a firearm and placed on a $50,000 bond. What the men were arguing about was unclear.