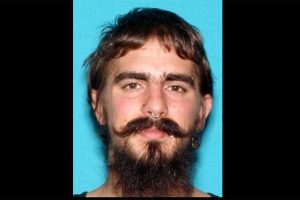 Groveland, CA – A search is currently underway for a Groveland man that has been missing since before Christmas.

After receiving several calls regarding a strong Tuolumne County Sheriff’s presence in the area of Yosemite Springs Road and Cherokee Trail, Clark Broadcasting inquired with sheriff’s spokesperson Nicco Sandelin who detailed, “On December 30th, 29-year-old Cody Strim of Groveland was reported missing. The reporting person told deputies no one had heard from Cody since December 15th. An investigation is underway, and the Tuolumne County Search and Rescue team has been deployed to search the immediate area of Cody’s last known location.”

Strim is described by sheriff’s officials as a white male adult, 5 feet 7 inches tall, 150 lbs, shaved head, and beard. Strim may have pricings on both eyebrows, bottom lip, nose, and ears.

The public is asked that anyone with information regarding Strim’s whereabouts contact the Investigations Division at (209)694-2900. It is unclear whether the search will continue on Saturday, as no further information is being released at this time.