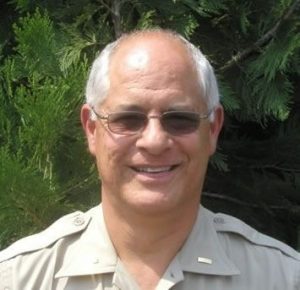 During Tuesday’s Tuolumne County Board of Supervisors special meeting on Tuesday, there was a Resolution presented by County Administrative Officer Tracie Riggs, recognizing and celebrating the life of Michael Ayala.

The Board of Supervisors (regarding this subject) were Wednesday’s KVML “Newsmakers of the Day”.

Rigg’s memo to the Board in consideration of approving the Resolution, reads as follows:

On November 28, Tuolumne County lost a beloved member of our community. Michael Ayala committed his life to serving those around him. Mike was an integral part of our community for over 20 years where he served as the Commander of the Sonora California Highway Patrol unit. His service also included, the role of Executive Director of the Chamber of Commerce, Chair of the Board for the Tuolumne County Transportation Council, member of Sierra Bible Church, and a member of Kiwanis.

One could not come into contact with Mike Ayala without feeling the full force of his personality, the love he had for his family and his God. His dedication and commitment was exemplified on a daily basis through his actions. Michael Ayala leaves behind the love of his life Nancy Ayala, daughters Erin and Heather, four grandchildren, and hundreds (if not thousands) of individuals who all loved him deeply. Mike Ayala is missed by all who knew him.

It is recommended that your Board approve the attached resolution commemorating the life of Michael Ayala.

WHEREAS, Mike Ayala was married to the love of his life, Nancy Ayala, for over 40 years;

WHEREAS, Mike had two daughters, Erin and Heather, and four grandchildren he loved dearly;

WHEREAS, Mike became an officer of the California Highway Patrol in 1979;

WHEREAS, Mike served 30 years in the California Highway Patrol committing his life to the safety and protection of others;

WHEREAS, Lieutenant Ayala served as the Commander for the Sonora-area Highway Patrol from 1999 until his retirement in 2009;

WHEREAS, Mike took on the role of the Executive Director for the Tuolumne County Chamber of Commerce in 2013 and served in that capacity for three years;

WHEREAS, Mike was a member of Sierra Bible Church and lived and demonstrated his faith each and every day;

WHEREAS, Mike was on the Board of Partners in Missions that mentored local pastors and helped equip them and assist them with church growth;

WHEREAS, Mike was a committed member of the Kiwanis Club;

WHEREAS, Mike served as the Chair of the Board of the Tuolumne County Transportation Council for nine years using his extensive knowledge of issues involving roads through his career with the CHP;

WHEARAS, Mike was a respected and valued coach, mentor, cheerleader, voice of reason and accountability partner for many within the community; and

WHEREAS, Mike was a beloved man within the community, he had unquestionable integrity, lived and demonstrated his faith on a daily basis, and loved his family above all.

NOW THEREFORE, BE IT RESOLVED that the County of Tuolumne Board of Supervisors hereby recognizes and celebrates the life of Mike Ayala who dedicated the last 20 years of his life to serving the residents of Tuolumne County.

ADOPTED BY THE BOARD OF SUPERVISORS OF THE COUNTY OF TUOLUMNE ON December 29, 2020.

The Resolution was approved by all five Tuolumne County Supervisors.