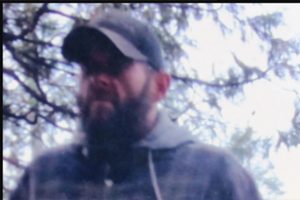 Dorrington, CA – The man pictured in the image box could have the answers investigators are looking for regarding three suspicious fires over two days last month on the same road in the Dorrington area of Calaveras County.

Sheriff’s detectives are hoping the public may be able to identify the man who was caught on security camera footage in the area of the fires. Sgt. Greg Stark tells Clarke Broadcasting, “He may have information that could help the investigation. He may have seen a car in the area, somebody walking in the area then the fire started. They could have seen something that they don’t know is important.” When asked if he is a suspect, Stark replied, “Person of interest. We want to talk to him to see exactly what he was doing in the area and what he may have seen.”

The first fire broke out on November 26th around 2 p.m. on Boards Crossing Road destroying a home and spread to a small spot of grass, as reported here. The next day, two fires ignited in brush on the same roadway near the other fire. The blazes grew into one, which was quickly contained at a quarter acre, as detailed here.

An ongoing and joint investigation between the Ebbetts Pass Fire Department, Cal Fire, and the sheriff’s office turned up evidence including the security camera footage. Sgt. Stark details why the fires have been deemed suspicious, stating, “The time of day, fuel moisture at the time and when the deputies got there the way the fire was burning was a cause of concern, very suspicious.”