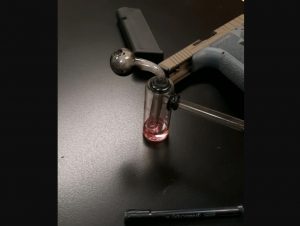 Copperopolis, CA — A San Jose man was pulled over on Highway 4 near Copperopolis after a witness called in a report that his vehicle was swerving back and forth.

The Calaveras County Sheriff’s Office reports that 25-year-old Kevin Russell Szigeti had a difficult time communicating with the deputy and trouble standing on his own. He was arrested for DUI without incident.

Officials then searched his vehicle and found a loaded semi-automatic handgun with no serial number, suspected methamphetamine, drug pipes, and suspected methadone without a prescription. Szigeti had a no-bail arrest warrant out of Santa Clara County.

He was booked into Calaveras County Jail on charges of carrying a loaded firearm (not being the owner), use of a controlled substance while in possession of a firearm and driving while intoxicated.