Krieg Resigning As DA Ahead Of Judicial Oath 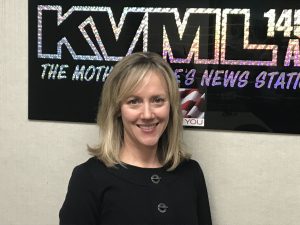 In total, Krieg spent 16 years as a Tuolumne County prosecutor, and six as the District Attorney. She first arrived as a Deputy District Attorney in March of 2005 under former DA Donald Segerstrom. She was elected District Attorney after the retirement of Michael Knowles in 2014 and was later re-elected in 2018.

This past March, she was elected Tuolumne County Superior Court Judge.

“Today I come to you full of excitement,  but also with a host of mixed emotions, to announce my resignation effective January 3, 2021,” Krieg told the supervisors.

“Without any hesitation, I can truly say, it has been my absolute honor to serve as Tuolumne County District Attorney.”

She thanked her co-workers in the office who have helped “seek justice” and protect the community. She also thanked family members, colleagues in law enforcement, members of the board of supervisors, and citizens of the community.

The board of supervisors will be tasked with appointing someone to finish out the final two years of Krieg’s term.  The board thanked her for her service as DA and expressed happiness that she will be starting a new journey on the bench.