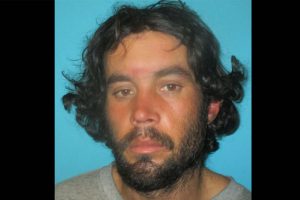 Sonora, CA – A Sonora man that had a steak knife concealed on him ended up in handcuffs.

A concerned citizen tipped off Sonora Police that 31-year-old transient Carlos Canez was carrying a gun and knife and worried he may use them to harm someone in a homeless camp. Officers on patrol were notified to look for Canez and a short time later, he was spotted near the intersection of Green and Stockton streets.

Canez was confronted and denied having any weapons. However, he was on felony probation, which prohibits him from having any weapons and allowed the officer to search him. Inside the front pocket of his sweatshirt was a fixed blade steak knife, but no gun.

While the officer was unable to determine if Canez intended to harm anyone, having a fixed blade knife concealed and readily available is against the law in California. Canez was arrested for possessing a dirk or dagger and felony violation of probation.