Pound Of Pot And Stash Of Meth Uncovered During Traffic Stop 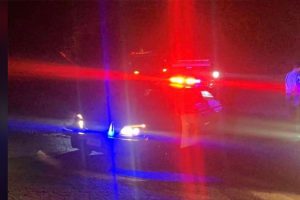 Sonora, CA – A vehicle search turned up drugs and a hidden compartment with more contraband.

A Tuolumne Sheriff’s Deputy pulled over a vehicle for equipment and moving violations early Tuesday morning. The unlicensed driver, 20-year-old Haleigh Pello of Sonora, and his passenger, 27-year-old Mark Hyder of Twain Harte, were both on parole, allowing for a vehicle search.

Deputies discovered just over a pound of marijuana, more than five grams of methamphetamine, packaging material, and other drug sales paraphernalia inside the vehicle. A closer look uncovered two containers, which sheriff’s officials say had separate compartments designed to hide contraband and also housed a flashlight taser.

Hyder faces those same charges along with possession of a stun gun by a prohibited person and a parole hold. Their bail was set at $20,000 each.