Man Arrested For Vandalism And Trespassing In Jamestown 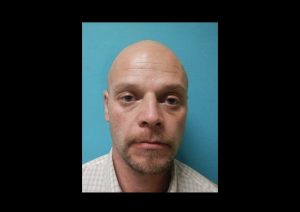 Jamestown, CA — A series of suspicious events led to the arrest of a man in Jamestown.

It happened recently along Calamity Jane Drive. The Tuolumne County Sheriff’s Office received a report that 41-year-old Jeffrey Sandoval Jr. was “acting erratically” in the area and was possibly under the influence of drugs. Around that time, a caller also reported hearing two gunshots in the area. Right after, Sandoval called dispatch to report that he had been shot.

Sandoval then met with deputies in front of a home and it was determined that he had not been shot, but he was under the influence. Shortly before, he had allegedly broken a sliding door at the home with a brick and then told the owner of the residence that he had been shot and needed help. The homeowner relayed to deputies that she does not know Sandoval.

He was arrested for vandalism, unlawful entry into a home and being under the influence of a controlled substance.