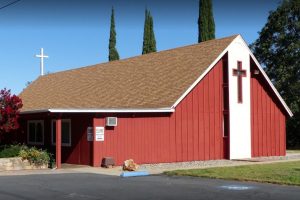 Sonora, CA – The historical documents stolen in October from Pastor Randy Ehle of the Journey Church on Mono Way have been found and returned. The documents did suffer some damage but are apparently complete. While the full story of how and where the documents were found, and who found them, cannot be told yet, Jamestown attorney Charles B. Smith and his wife Mary gave the $1,000 reward and the confidentiality of attorney-client privilege to the man who returned the documents. Smith expressed his confidence that the reward money will be put to good purpose. “I had a long conversation with him,” Mr. Smith explained. “He told me that in other circumstances he wouldn’t even have bothered with the reward, but with all that’s happening in our community now, the money would allow him to help some others.”

Pastor Ehle says It’s an incredible story that I hope we can tell in greater detail in the months or years to come; for now, we’ll have to simply wait in the mystery of what we don’t know. What can be reported is early last week, the Smiths found a small bundle of papers that had been pushed under the door of their office, along with a note describing other documents and explaining how to contact the finder. The Smiths contacted Pastor Ehle who confirmed the papers’ validity and a box containing the rest of the documents was returned.

The box of documents contained two 19th-century ledger books recording the beginning of what is believed to be the
second-oldest church in the area; a scrapbook with photos, news clippings, and stories from the church’s
first 130 years; an early copy of Articles of Incorporation; and more. All showed evidence of having been
through several weeks of sun and some rain, but most were still in readable condition.

The documents were kept in Pastor Ehle’s office in a heavy 20 inch by 20-inch cube safe that was stolen from the East Sonora church as reported here.

Pastor Ehle previously stated he will scan and save all the pages to a computer, and then he will take them to the historical society to get the books in the hand of the people who want to know the history, so there not just sitting in a safe.

When he was told the documents were found he said, “I had all but given up on ever seeing those historical records again. I think for me, this is another reminder that God answers prayer, and that he cares even about things that may not seem to have eternal significance. I always need that reminder.”