Trespassing At A local Casino Resulted In Three Arrest 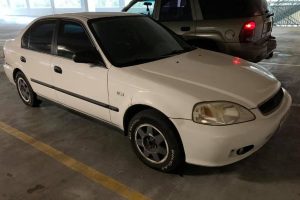 Vehicle involved in the arrest

Tuolumne, CA – A report for trespassing at a local casino ended with a drug bust and three arrests.

When Tuolumne County Deputies arrived in the Black Oak Casino parking garage on Monday morning, they recognized one of the four people inside a car as 25-year-old Blaze Garner of Tuolumne. He already had several warrants for his arrest related to drugs, theft, vandalism, and trespassing. Garner was immediately arrested.

The other three occupants, 37-year-old Laura Corsaut of Tuolumne, 27-year-old Ryan Morrison and 28-year-old Kristy Smith, both of Sonora, were questioned. Sheriff’s officials say the group consented to the vehicle being searched. That uncovered a backpack concealed in the vehicle’s passenger compartment containing over two ounces of methamphetamine. There was also various drug sales related paraphernalia and illegal fireworks found.

Garner and Corsaut were arrested for drug possession and sales. It was also determined that the fireworks belonged to Corsaut, tacking on that charge. Morrison was arrested for a warrant and possession of drug paraphernalia while Smith was issued a citation for having methamphetamine and released.