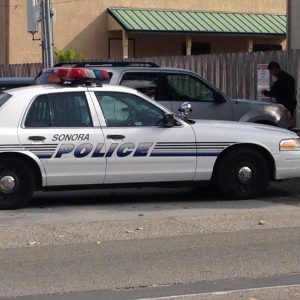 Sonora, CA – A surprise find at a Sonora motel led to the arrest of an Atwater woman.

Sonora Police responded to a call regarding a firearm and controlled substances found in a room at the Heritage Inn on South Washington Street in Sonora on Wednesday morning. Upon entering the room, officers located a loaded 9mm semi-automatic handgun and over an ounce of suspected methamphetamine.

A check of the weapon determined it has been reported stolen out of Montana. Officers also relay that the substantial amount of the drug found pointed to its possible sales.

Officers were unable to locate the occupant of the room, 31-year-old Robin Gregory, at the time. A couple of hours later, she was located at Black Oak Casino. She was arrested without incident for possessing controlled substances while armed with a loaded firearm, drug sales, and having drug paraphernalia along with receiving/possessing stolen property under $950. Gregory’s bail was set at $25,000.