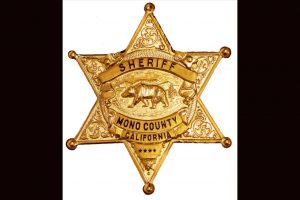 Bridgeport, CA – The names of the victims of a double homicide in Mono County have been released, but details on their murder is limited.

The deceased are a husband and wife out of Burbank, 35-year-old William Adrian Larsen and 30-year-old Yesenia Larsen. Investigators did not release any additional information regarding how they were murdered or a possible motive for the crime.

The bodies of the couple were found lying on the shoulder of Highway 395 by a Caltrans snowplow driver around 6:30 a.m. on Monday, as reported here. The section of highway, about ten miles from Bridgeport and near the Highway 108 intersection, was shut down for much of the day to allow sheriff’s investigators to survey the murder scene for any possible evidence. At the time, detectives stated that the crime appeared to be “specific and targeted, and there is no threat to the community of Bridgeport.”

Anyone with information regarding this investigation is asked to call the Mono County Sheriff’s Office at 760-932-7549, Option 7.