A Look At Wildfires Still Burning In Region 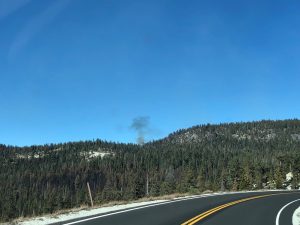 The Creek Fire is up to 379,571 acres, and a pair of significant fires also continue to burn in Yosemite.

The Creek Fire in Fresno and Madera counties is 70-percent contained. The hope is to gain full containment by late next month. The incident command reports that yesterday helicopter repellers were dropped into the area where the fire recently crossed Fish Creek, west of Pond Lily Lake, and a hotshot crew will be flown in today, to control where it has spotted over. The number of firefighters assigned to the Creek Fire has dropped to 884, as the fire has slowed in many areas around the perimeter. The cause of the blaze remains under investigation. The amount of smoke from the fire has also significantly reduced, improving the regional air quality.

Fire behavior on both incidents has been minimal.