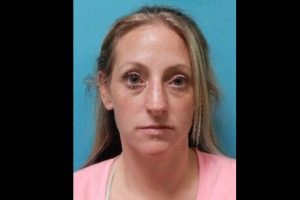 Sonora, CA – A noise coming from a bedroom alerted a resident to someone in their apartment and while they tried to trap the thief in the room, she escaped out a window, but not for long.

Deputies responded to a reported burglary recently at an apartment at the Quail Hollow One Apartments on Chukar Circle near Greenley Road in Sonora. Once on the scene, the victims recounted that they heard coming from the bedroom and when they went to investigate, they found the thief, rifling through dresser drawers. The residents held the door closed while calling 911 in an attempt to capture the thief, but she escaped out the window.

Deputies decided to do a sweep of the property and neighborhood. Within minutes they found the burglar hiding behind some vehicles on the street. The suspect was identified as 33-year-old Christina Davis of Sonora. She was arrested for burglary and place on a $50,000 bail.