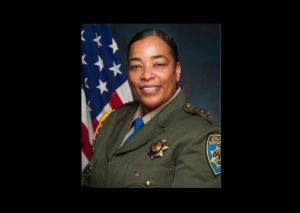 She was announced as Governor Gavin Newsom’s pick to fill the role following the retirement of outgoing Commissioner Warren Stanley. The Governor’s Office notes that she will also be the second African American to lead the CHP, as Stanley was the first.

Ray has been with the CHP since 1990 and has served as a Cadet, Officer, Sergeant, Lieutenant, Captain, Assistant Chief, Chief and Assistant Commissioner.

She says, “I couldn’t be more honored and proud to accept this appointment and further the CHP’s mission of providing the highest level of Safety, Service and Security, and ensuring California is a safe place to live, work and travel.”

The CHP Is the fifth largest law enforcement agency in the country. The position pays $282,528.