Suspect Sought For Murder After Allegedly Running Down Man In Jamestown 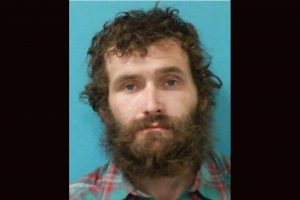 Jamestown, CA – The public’s help is being sought to catch a man wanted for murder after allegedly mowing down a man in Jamestown earlier this week and the CHP reveals this was not the first time the suspect had allegedly tried to harm the victim.

The wanted suspect is Dylan Colby Moyle, pictured in the image box. He is believed to be hiding in either Tuolumne or Stanislaus County. Moyle is wanted for allegedly using his truck to run down of 42-year-old Matthew Perry Winks who was found lying dead at the intersection of 5th Avenue and 7th Street last week.

As reported here on Wednesday, after asking for the public’s help to locate a 1998 Ford F-150 pickup truck being sought in connection with a “suspicious death” involving a hit and run, It was found that day, but the CHP would not release any further details on the case.

On Saturday, once again seeking the public’s help, the CHP released more details surrounding the investigation. They disclosed that the suspect’s truck was found by the U.S Department of Forestry in the Twain Harte area, and it was seized for evidence. Footage from several surveillance cameras around the hit and run scene along with multiple witnesses’ testimonies also led to multiple search warrants, providing enough evidence to obtain a murder warrant for Moyle.

During the investigation, officers discovered that the week prior to Wink’s death, Moyle had made a similar attempted to run him down. The CHP adds that others who may have assisted Moyle with covering up the crime are being sought as well. Anyone with information regarding this case should call the Merced Communication Center at (209)356-2900 and ask for Investigator A. Palazuelos.