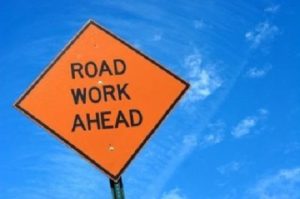 The project fills in gaps in the sidewalk and bicycle lanes along the roadway. It adds 2,600 lineal feet of new sidewalks. The work includes the widening of the pavement, bike lanes, curb and gutter, driveways, and minor drainage improvements.

The project includes two sections. The southern is on the northbound side of Highway 49, between Bragg Street and Stanislaus Avenue. The northern section is on the southbound side of the highway, between Highway 4 and Stockton Road. Work on it will get underway on Monday, Oct. 12th. The hours of operation are Monday through Friday from 7 a.m. to 4 p.m. each day.

The shoulder of the roadway will be closed, but traffic will not be halted. There will be a speed limit of 25 mph with signs posted and radar in place inside the cone zones, according to construction officials. The project is expected to last about 35 days, weather permitting.

The $2,850,000 project cost is being paid from federal and state funding through a Caltrans grant, with additional funding from the Calaveras Council of Governments (CCOG). Questions regarding the construction can be directed to Resident Engineer, Dion Carr at dcarr@dewberry.com, or 916.276.4721.