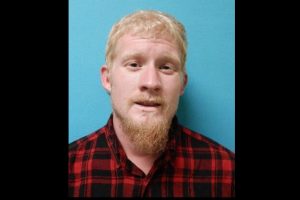 Tuolumne, CA – Noticing what appeared to be a disabled car a good Samaritan went to see if he could help, that is when he says a man snuck up behind him armed with a pistol.

Tuolumne County Sheriff’s officials report the call came in Wednesday morning regarding a man threatening another male while brandishing a pistol. The victim detailed that an unknown man threatened and called him names then grabbed the grip of a gun hidden in the waistband of his pants.

Just then, two other vehicles pulled up and the occupants attempted to tow the broken-down car away as deputies arrived on the scene. Deputies ordered them all out of their vehicles and they complied. The occupants were identified as 25-year-old Blaze Garner of Tuolumne, 25-year-old Mackenzie Darr of Sonora, and 25-year-old Shantel France of Tuolumne.

A search of the subjects and their vehicles was conducted. Darr was found to have loaded .38 caliber handgun with its serial number destroyed. He was arrested for being a felon in possession of a firearm and for its tampered with a serial number along with carrying a concealed firearm in a vehicle. His bail was set at $10,000.

A replica 1911 handgun, drugs and drug paraphernalia were discovered on Garner. It was determined that he made the felony criminal threats to the victim. He was handcuffed for making those and having drugs.  His bail was $25,000.

France was cited on drug-related charges and released at the scene.