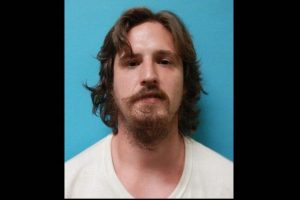 Sonora, CA – A Sonora man convicted of setting fire to the Columbia House Restaurant in 2012 has been arrested.

The latest incident happened recently at the Outpost gas station off Highway 108 in Sonora. Tuolumne County Sheriff’s officials recount that 29-year-old Daenon Vincent Brewer had walked outside the front door of the convenient store and proceeded to expose himself and “urinated on the ground before leaving the area.”

Clarke Broadcasting has confirmed with sheriff’s officials that Brewer is the same man convicted of the Columbia House Restaurant arson in Columbia State Park on December 30th, 2012, as reported here. Also, in June of 2018, he was arrested for attacking a man after arguing over cigarettes at a Sonora mechanic shop on Mono Way.

In this latest arrest, deputies learned that Brewer was at the Tuolumne Apartments on Pine Street in Tuolumne. He was taken into custody without incident. He faces possible charges of felony indecent exposure with priors and violation of parole. The Sheriff’s Office reports his bail was set at $20,000.