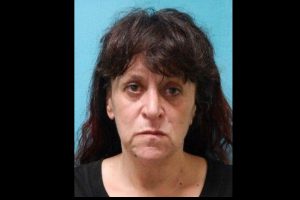 Tuolumne County Sheriff’s Deputies did not find any suspect armed with a firearm outside the former Burger King on Mono Way in East Sonora, instead, they found a woman with a different type of weapon. With a tire iron in hand, 49-year-old Michelle Lynn Powell of Jamestown was taken into custody without incident.

While no gunshots had been fired, nearby was an RV with several windows busted out and shattered glass on the ground. Deputies say Powell had used the iron to smash out the windows, which created a similar sound to gunfire. She did not reveal to the deputies what motivated her to attack the RV.

Further investigation revealed that the owner of the trailer was Powell’s ex-boyfriend. She was placed on $15,000 bail and faces possible felony vandalism charges.