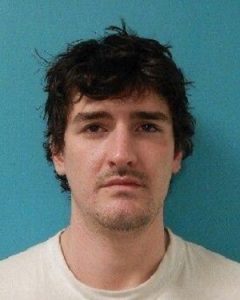 Sonora, CA — A man living on Crystal Falls Drive was convicted of burglarizing seven residences within a mile of his home.

Law enforcement officials began an investigation this past April 13 when 23-year-old Austin Michael Lassa was suspiciously spotted riding his bike on his property, wearing black clothes, a hoodie, a ski mask, and gloves.

Since he was already on probation for a prior felony, members of the probation department conducted a search of his home, including a locked detached garage. They located stolen power tools, snowboards, bicycles, sports memorabilia and other items. He was arrested on burglary charges.

Lassa claimed to have been given some of the items, and purchased others at garage sales.

The Tuolumne County District Attorney’s Office reports, “Several months after Lassa’s arrest the Sheriff’s Department obtained a cell phone from a neighbor who had found it on their property.  The phone was forensically examined and it was determined to be Lassa’s.  In the phone were photos of stolen property that Lassa had been trying to sell.  There were also pictures of a firearm that Lassa had stolen from a nearby neighbor (that gun was not recovered from Lassa’s garage and remains missing).”

The DA’s Office adds, “There were a number of text messages on that phone, as well as another phone that had been seized from the garage, that had Lassa communicating with other people about targeting houses, dressing in all black and selling stolen items.”

Lassa was found guilty at the end of a four-day trial in Tuolumne County Superior Court. He faces up to 16 years and eight months in state prison.