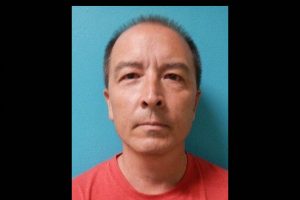 After inquiries from Clarke Broadcasting regarding the arrest of 51-year-old Dean Troy Thayer, sheriff’s spokesperson Nicco Sandelin detailed that the alleged crime was reported to the department, prompting their investigation and on Wednesday afternoon, sheriff’s detectives questioned Thayer at their Sonora offices. He was subsequently taken into custody on three child pornography-related charges.

The arrest charges include possession of child pornography and enticing and manipulating a child into posing for obscene matter, both felonies. Also, one misdemeanor count of invasion of privacy for using a concealed camcorder to record another person’s body or undergarments.

Sheriff’s arrest records list Thayer as a business owner. Sandelin confirmed that business is Dean Thayer Photography. Regarding any further details surrounding the charges, Sandelin responded, “It is early on in the investigation and we don’t want to release any more details until there is further investigation.” Regarding the number of children possibly involved, Sandelin stated, “It is not known how many children are involved because it’s still being investigated.”