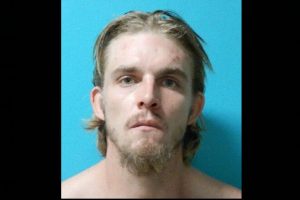 Columbia, CA – A Sonora man was arrested for attempted arson after a witness reported watching him allegedly attempt to set several roadside fires along Parrotts Ferry Road in Columbia.

A caller reported to Tuolumne County Sheriff’s dispatch Monday night that he was witnessing an arson in progress. The individual indicated that they were watching a man trying to break into the Day-O Espresso and then attempting to set several fires in the brush along the roadside in front of the business.

When deputies arrived they saw 27-year-old Andrew Lee of Sonora walking away from the scene. Further investigation resulted in a body search of Lee. It turned up “evidence related to the attempted arson and drug paraphernalia.”

Lee was taken into custody without incident for attempted arson and possession of drug paraphernalia on a $50,000 bond. Sheriff’s officials add that deputies combed the area for possible flames but determined no fire had been successfully started.